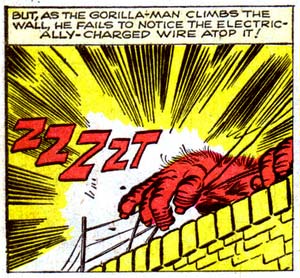 With any creative medium, once you've tried one out, you're probably going to be interested in trying out others. The many game developers in the ZZT community also ventured into other areas, creating music, comics, web sites, and artwork. The comics are what I'd like to bring to your attention for this article. Most of which have been pretty readily preserved, but not easily accessible. With the publishing of this article they're (nearly) all safe on the museum of ZZT web site to read at your leisure.

CONTENT WARNING!
While the comics featured specifically on this page are pretty tame, many of the comics (in particular Bencomic, Ol' Uncle Bo's Gamblin' Shack, and The Prophesies of Revvy) contain plenty of slurs, offensive humor, and generally ugly statements within. They're also comics that at their most recent, are eight years old. It is not a safe assumption to believe the opinions and attitudes expressed within are still held today or that those who expressed them still condone their behaviors.

The first ZZTer comics were by Nomad, written in 1999. This was a short lived series written specifically to be posted on the ZZT Archives of the time. Two characters, one who never is named, and the other "Vortek", are ZZTers who spend too much time playing ZZT and being on the computer in general.

The humor is very basic. It's observational humor where the observation is either "ZZT is outdated" or "ZZTers use ZZT a lot", with a few "a rectangular slab with a smiley face on it would look strange in the real world".

There are also a whopping 10 strips, and it takes about 2 minutes to read all of them, so go on and do that!

The second series of ZZT comics is "Yellow Boarders" created by Kaddar not long after Nomad's comics ended. Much like Nomad's comics, Yellow Boarders had a short run of only seven strips. It even repeats Nomad's "Why are we playing an ASCII game on our Pentium 3 machines" but this time in the era of Pentium 4s.

Yellow Boarders is much more relevant to the ZZT community, with strips about 24 Hours of ZZT contests, and hyping ZZT games still in development as being way more advanced than the actually are. They're not exactly laugh out loud funny, but you can at least tell there's a joke in each strip.

I still want the main character's ZZT player shirt to this day. 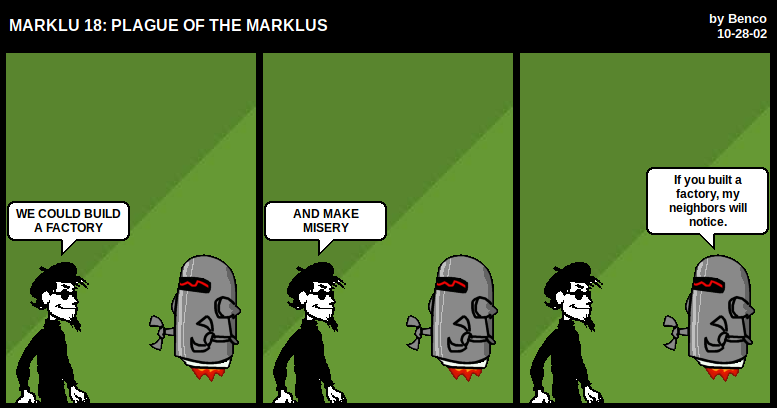 Though Nomad and Kaddar's comics were short lived and quickly forgotten, Bencomic, created by Benco and several others over the years, was a cornerstone of ZZT comics with an archive spanning over eight years! Unlike the previous comics, Bencomic was not an original series, and was instead a comic conversion of various logs of ZZT IRC channels.

Bencomic wasn't drawn by any of the people producing the strip, instead taking advantage of a site called Stripcreator, which lets you create 3 panel comics by selecting backgrounds, characters, and poses to combine with your dialog. The characters featured are mostly from other webcomics from the early 2000s including "Penny Aracde", "Jerkcity", "Diesel Sweeties", and even the characters seen in "Yellow Boarders"!

Bencomic was split across two accounts, the first on the account Benco, and the second more recent comics on the account Bencomic. The Benco account has yet to be properly preserved, but some automated screenshots of every Bencomic account strip is on the museum thanks to the efforts of Zamros.

Mr. Shapiro was a ZZT game series that began in 2000 by Eurakarte. The games featured triangular characters such as Mr. Shapiro, Ibo, and Triangy and also included a few MS Paint comic strips featuring the games' characters.

They are pretty blatantly inspired by Pokey the Penguin. YES

Like Bencomic in being based on IRC logs, but Dave2's Zamros: The Comic is instead illustrated with simple MS Paint artwork. Zamros is the star outright, as opposed to Bencomic where he often steals the show. There are a lot of good stories from Zamros, and it's no wonder why he got his very own comic.

Of course, here several of the comics feature stories from other ZZTers including John W. Wells, Skullie, and CraNKGod. Zamros: The Comic goes back to ZZT comic standard of being short lived, with a modest 21 strips being produced. The artwork is cheerful looking and does a nice job of presenting the stories told within.

Lemmy is the first comic featured which feels less like a ZZT community comic and more like a webcomic in general. Created by DarkMage, the series does feature a few ZZTers within the cast, Lemmer and Skullie in particular, but both of them are side characters. Instead, Lemmy focuses on Lemmer's sister, who you may have guessed is named Lemmy.

Lemmy deals with the sort of plots you'd expect from a mid 2000s webcomic, satanic rituals, joining clubs in high school, and mastering Dance Dance Revolution. The strip's artwork is easily the highest quality of any of the comics featured here. The characters are detailed, and several comics are produced in color, with markers or colored pencils.

There are also jokes about writing on Live Journal!

Ol' Uncle Bo's Gamblin' Shack (abbreviated as UBGS) was a long running strip created with clip art and MS Paint, starring Bo, his friend Bread, and his two slaves Qu and Hank. It takes place in modern times, and this comic has aged about as well as it sounds. It brought ZZTers the phrases "Szplug" and "What a puhhdicament" though? The comic (in its heyday) was of course a hit. There's even a flash adaptation of one of the strips on Newgrounds.

The Prophesies of Revvy

While the other comics were all projects intending to keep going without any real definitive end, Revvy's "The Prophesies of Revvy" was released all at once without any intentions of there being more. It's a short, self-contained surreal comic treating ZZT's data as something like a Bible code and using it to document ZZT's past, present, and future.

Now if only it didn't have any rape jokes and transphobic remarks, I'd say it's well worth taking a look it. Instead, it turns into something that would be a fun read, that's spoiled by a few jarring instances of the outdated "humor" of its time.

Read The Prophesies of Revvy 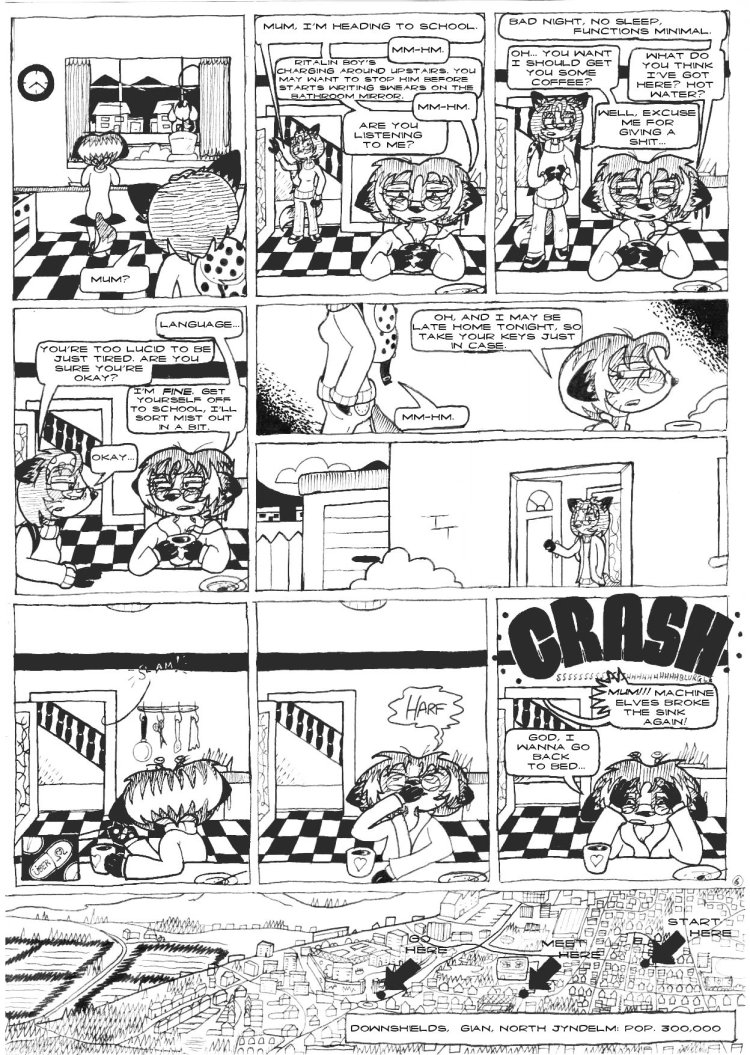 The last comic archived is Zenith Nadir's "Frost", which ran sporadically from 2008-2009. The comic is based on the ZZT game, or more accurately the comic and game are both based off the little world Nadir had created in his head.

The events of the first half of the first game are retold here. These comics were created a good five years after the game's release, and it shows in the improved writing, improved worldbuilding compared to its ZZT form.

It still has Nadir's humor throughout, and is a fun little read overall, stopping only because of Nadir's life getting in the way of making a comic series.

The Closer Looks series is a part of the Worlds of ZZT project, committed to the preservation of ZZT and its history.
Support Worlds of ZZT on Patreon!
#video games
#zzt
Previous Post
Next Post